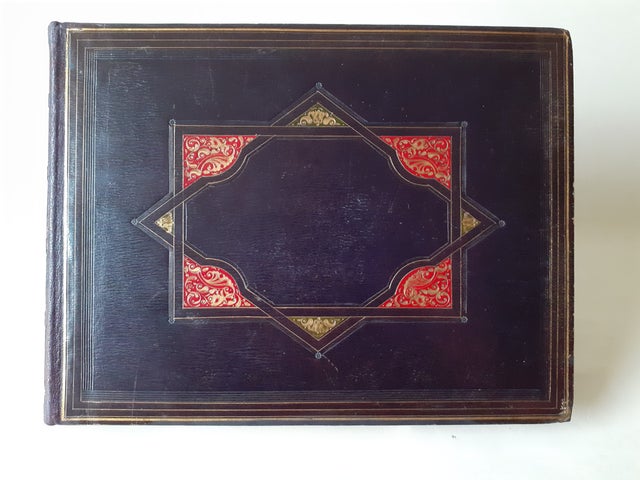 Perhaps this was bought for some wealthy son or daughter with a view to them occupying their time. If so, it was in vain.

The Susse brothers, Nicolas, engraver, and Victor, paper merchant founded Susse Freres Stationery in 1806 at 7 rue de Panoramas and in 1827 they opened a second store in 31 rue Vivienne on the Place de la Bourse. They sold much more than stationery, including chests, mechanical screens, wallets, writing cases, boxes and more. In 1830 they gained the title Suppliers to Queen Marie-Amelie, wife of King Louis-Philippe and to Princess Louise, their daughter who married King Leopold I of Belgium. In 1847 they became Fournisseurs du Duc de Montponsier.

Alexandre Dumas' father said of Susse “what a trader.. he sells everything and especially what does not concern his condition”.

They later went on to sell plaster and bronze statues, and collaborated with Daguerre producing the cameras for his daguerreotypes. They made a machine in 1861 with serrations for making perforated stamps.

Round about the turn of the last century the company stopped producing stationery and concentrated on a foundry for making bronzes, and it is now the oldest art foundry in France.