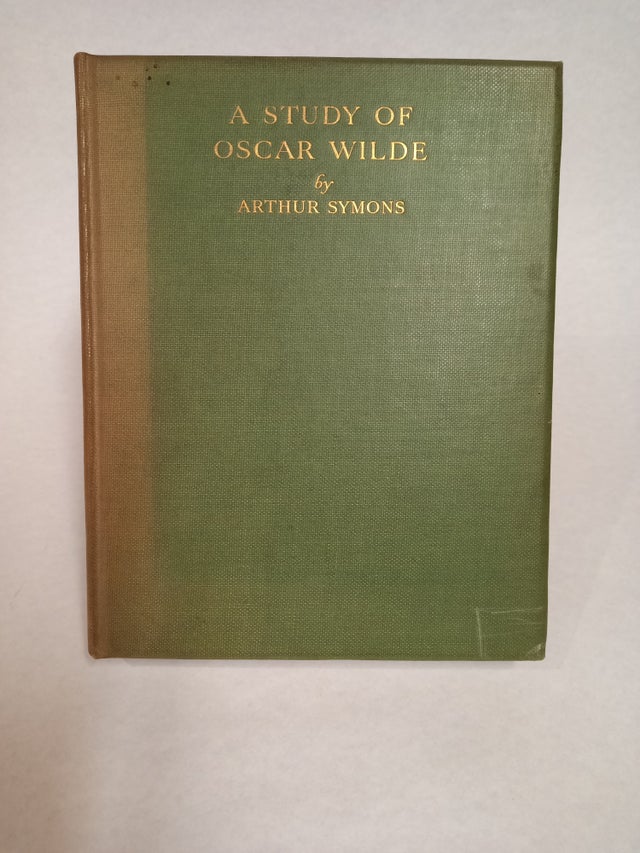 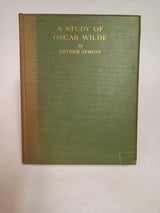 A Study of Oscar Wilde

A Study of Oscar Wilde

No. 80 of 100 copies on hand made paper, signed by Symons, 8vo. (225x180x15mm), green cloth boards, sun faded, mostly on rear board, lower corners bumped, small scratch on front board, but generally a nice copy, t.e.g., deckle edges with generous margins, portrait frontispiece, this book was also published in an edition of 10 on Japanese vellum, and 350 copies on mould made paper.

Symons, critic and poet, was a prominent figure in the 1890s, a member of the Rhymers Club and was much influenced by the likes of Baudelaire and Verlaine. He wrote for the Yellow Book and edited the Savoy.